Home / About us / Our people / Regular guest chefs & industry professionals 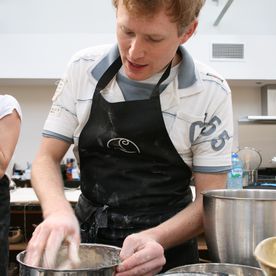 Rossa has been guest baker at Lynda Booth’s Dublin Cookery School since the very beginning and there is no one we have met who is more passionate or knowledgeable about bread. After working for over six years in small artisan bakeries in the south of France, Rossa returned home to open his own wholesale bakery Le Levain, beloved by top restaurants all around Dublin. Rossa's breadmaking is based on a natural fermentation method that was standard in 18th century France but very few bakers use today. After recently selling Le Levain, Rossa opened The Lady From Shanghai, a very special little spot in the city that offers lucky customers a taste of his artisan bread, patisserie, and coffee, straight from the master! Every visit from Rossa here is hotly anticipated and very special for both our team and students. 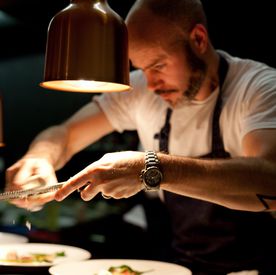 John Wyer opened his celebrated restaurant Forest Avenue in late 2013 and was subsequently named ‘Best Newcomer’ at the 2014 Irish Restaurant Awards and 'Best Chef in Dublin' in 2016. Soon after, John and his team opened the highly acclaimed Forest and Marcy. Recently, John and his wife Sandy expanded Forest Avenue into a Green Grocers to meet the needs of his community during COVID. John and Sandy have also recently added a lovely Italian outpost to their family called Little Forest just around the corner from us here in Blackrock. Previous to this, John spent two years as a Senior Tutor here at the cookery school after gaining wide experience in Michelin-starred restaurants in Spain, Germany, and the UK. John continues to maintain strong ties with the school as Guest Chef. 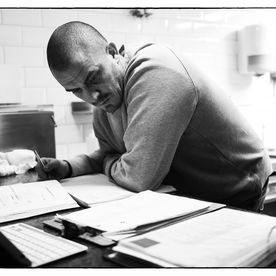 Local chef legend Damien Grey is the owner of the Michelin starred Liath Restaurant. Originally from Sydney, Australia, Damien moved to Ireland in 1999. Damien trained in some of Australia’s finest restaurants and then went on to work with some of the biggest names in the Irish food scene. Today Damien creates tasting menus inspired by raw and wild ingredients and based on how the five senses have an effect on your palate when eating. You can expect to have all your senses enlightened when you eat his food and walk away with a new understanding of how to hold a dinner party that will intrigue and delight your guests. 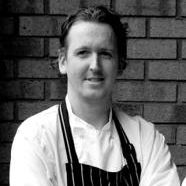 Stephen started his culinary career in Paris at the renowned Michelin two-starred restaurant and brasserie Fauchon before returning to Dublin to work briefly with Paul Flynn in Balzac. Stephen continued his culinary adventuring in Gothenberg, Sweden for two years before arriving back in Dublin to work at L’Ecrivain with Derry Clarke for 9 years. Wanting to create his own special place, Stephen opened up the Pichet in 2009, one of our favourite places to enjoy modern Irish food at its best. 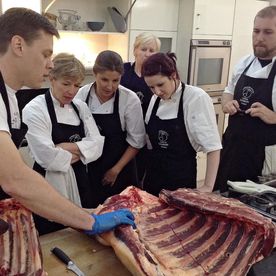 A chef wtihout limits, Eric comes to us from the United States with a fantastic range of high-level posts under his belt including direct collaboration with the incomparable Lida Bastianich. Playing an integral role in running two of her iconic restaurants, Eric is an encyclopedic chef with a brilliant understanding of Italian food, a subject close to his heart. Eric is a long-time contributor to the school and our consultant on all things pasta!